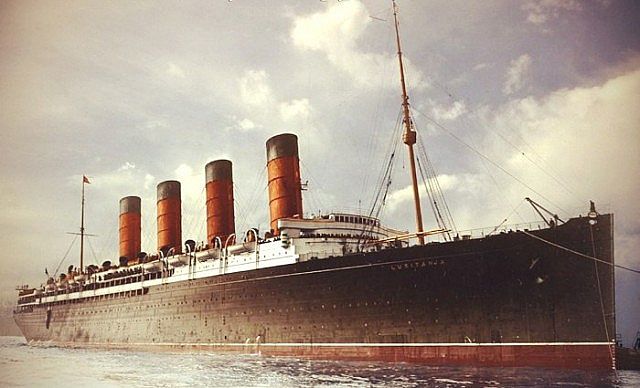 “Oh, Eddie, I’ve wanted to take this trip since I saw her at the Hudson-Fulton Celebration six years ago,” Agnes Voorhees Smithfield said as she held up one her dresses before placing it in the steamer trunk.

“Aggie, you were thirteen years old then. A girl from Albany would be thrilled with a ride on the Staten Island Ferry at that age,” her new husband Edward replied. “Now you finish packing, or should I say re-packing. My art school friend Bill Glackens is holding us a corner over at his favorite table d’hôtes in the Village for some real Italian food.”

“Oh, Eddie, a husband, a honeymoon, a bohemian night in New York City, a cruise to London. I just might be the luckiest girl in the world, or at least Pine Hills,” Agnes said. She put her dress into the trunk and walked over to kiss her husband, who had been sketching her all the while they spoke.

“You just might be, Aggie. But I’m pretty lucky, myself. I mean it’s not uncommon for an artist to fall into, shall we say, a relationship with one of his models. But to fall into not just a relationship but outright love? And now a baby, too? That’s just
unheard of,” Edward said, giving his new wife a pat on the tummy.

“I’m sure your father would think me more than that. Of course, coming from such a bourgeois family, I would expect nothing less. I’ll yield to unconventional, certainly where they’re concerned, suffer bohemian, definitely accept artistic. But I truly love that feeling in their world of being scandalous.”

“One of the many reasons I love you.And I guess I’m scandalous too, now. The sisters at St. Patrick’s would each and every one faint dead away if they knew I was pregnant ‘without benefit of clergy,’ as they’d say. And while I always wanted to be a June bride, circumstances ruled otherwise. But there’s just one thing though…”

“Okay, okay, I promise to take you to Paris when all this blows over,” Edward said. “We’re taking just about the biggest, fastest, safest ship in the Cunard Line. It’ll be the equivalent of the most posh version of about a hundred Hudson Day Line cruises.” He paid for this voyage, as was all the Smithfield’s new life, with money his Agnes received from her doting father, Delaware & Hudson Railroad executive Leland Voorhees.

“I do, my dear Aggie. That’s why I booked us on Cunard’s finest. The Heinies tend not to bother passenger ships anyway. We’ll be slipping into Liverpool while they’re still having their morning kaffeeklatsch. Now let’s get over to The Village and spend some more of your father’s money on the best cheap meal you’ve ever had.”

“Okay, my love. I’m sure it’ll be the last Italian food we’ll eat for a long time. I’ll bet it’s hard to find good Italian in London and Cunard serves only French and English dishes on this magic carpet ride of a liner you’ve booked for us. What’s the name again, Eddie? The Lucrezia Borgia?” Agnes said with a laugh.

“Yes, dear Aggie. We’ll be sailing on the HMS Lucrezia Borgia,” Edward replied, as he tapped the tickets in his fine new wallet. The tops of the tickets peeked above the Italian leather. They read: RMS Lusitania.

“Poisonous femme fatale that she was, Darling, we’d better be careful of that tea and claret they serve us or we’ll never make it to London,” Edward said as they strolled arm in arm out into Fifth Avenue.

A lightning first-draft effort penned while my new granddaughter slept off her 7:00 AM feeding. It’s based on one of the final week’s prompts for Story a Day September 2017. the characters are supposed to discuss their honeymoon. Suffice to say, I’ve been otherwise engaged in efforts other than writing this past week or so. 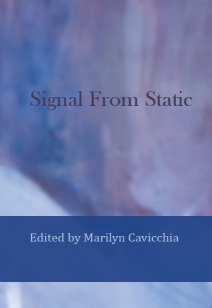